New York’s budget is due this week, meaning that state leaders will be deluged with countless strongly worded letters from Albany veterans. Two of the voices that have weighed in are Peter Solomon and Marilyn M. Rubin, who participated in Governor Cuomo’s 2012’s Tax Reform and Fairness Commission.

Buried deep within reporting on their letter was a topic dear to Subsidy Sheet’s heart: ending business subsidies. Solomon and Rubin said that the film/TV tax credit should be reformed or repealed – a recommendation they made eight years ago in their report on business subsidies.

The business subsidy report has been largely forgotten (all of its recommendations were ignored), but it’s no less relevant today than it was a decade ago. The 143-page analysis is written in clear, authoritative language and contains some of the best synopses of business subsidy research we’ve seen. Let’s explore some of the report’s lessons and how they apply today:

That may be the report’s most quoted excerpt, yet it may also be the most ignored. It has been known for three generations that business subsidies don’t work – but in 2021, eight years after the report’s publication, New York’s business subsidies are larger than ever. We are faced not only with more subsidies, but also more types of subsidies, numbers that have been steadily growing since 1994:

The report’s helpful graphics illustrate both the rise of NY’s tax subsidies over time and the programs that cost the most: 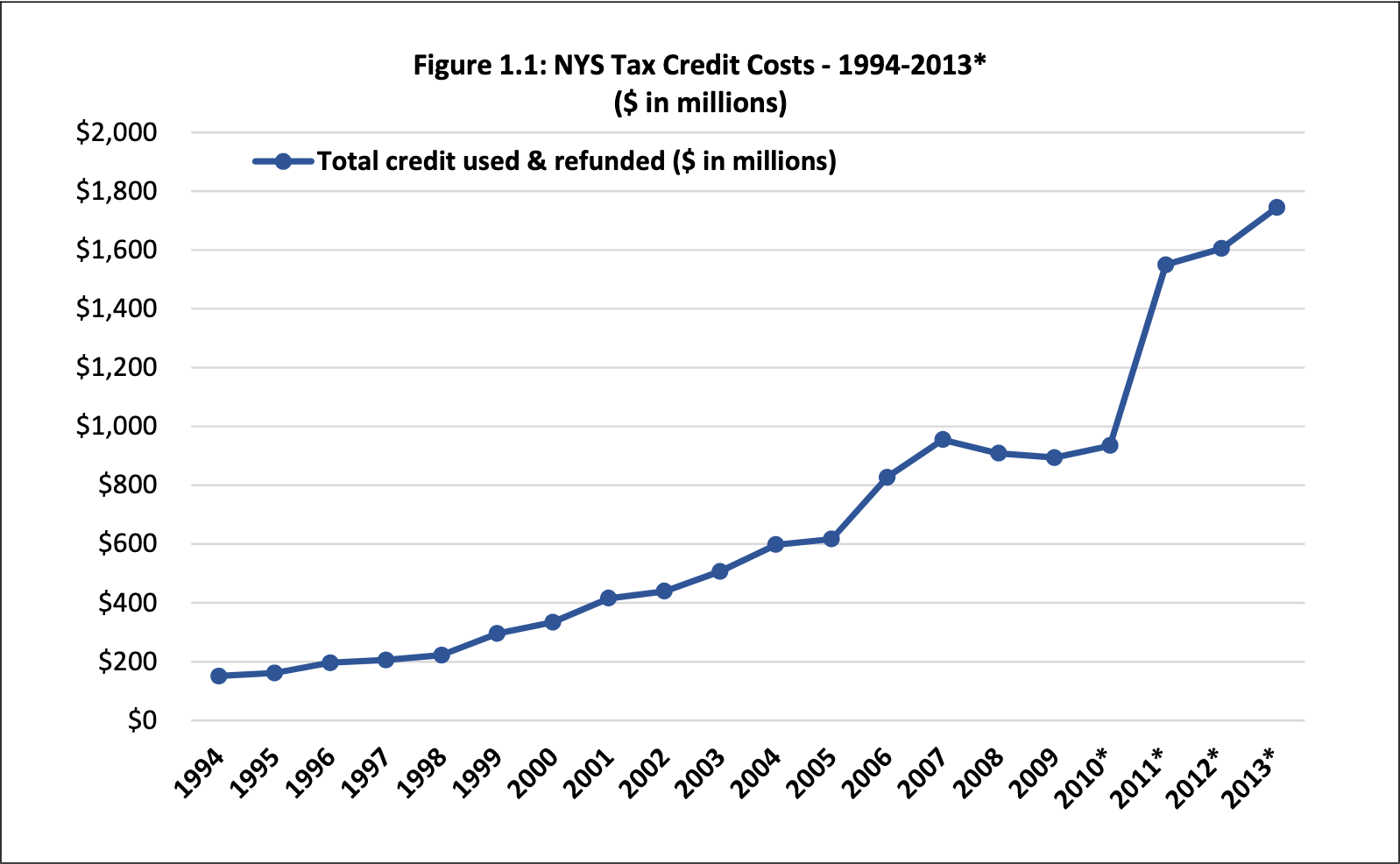 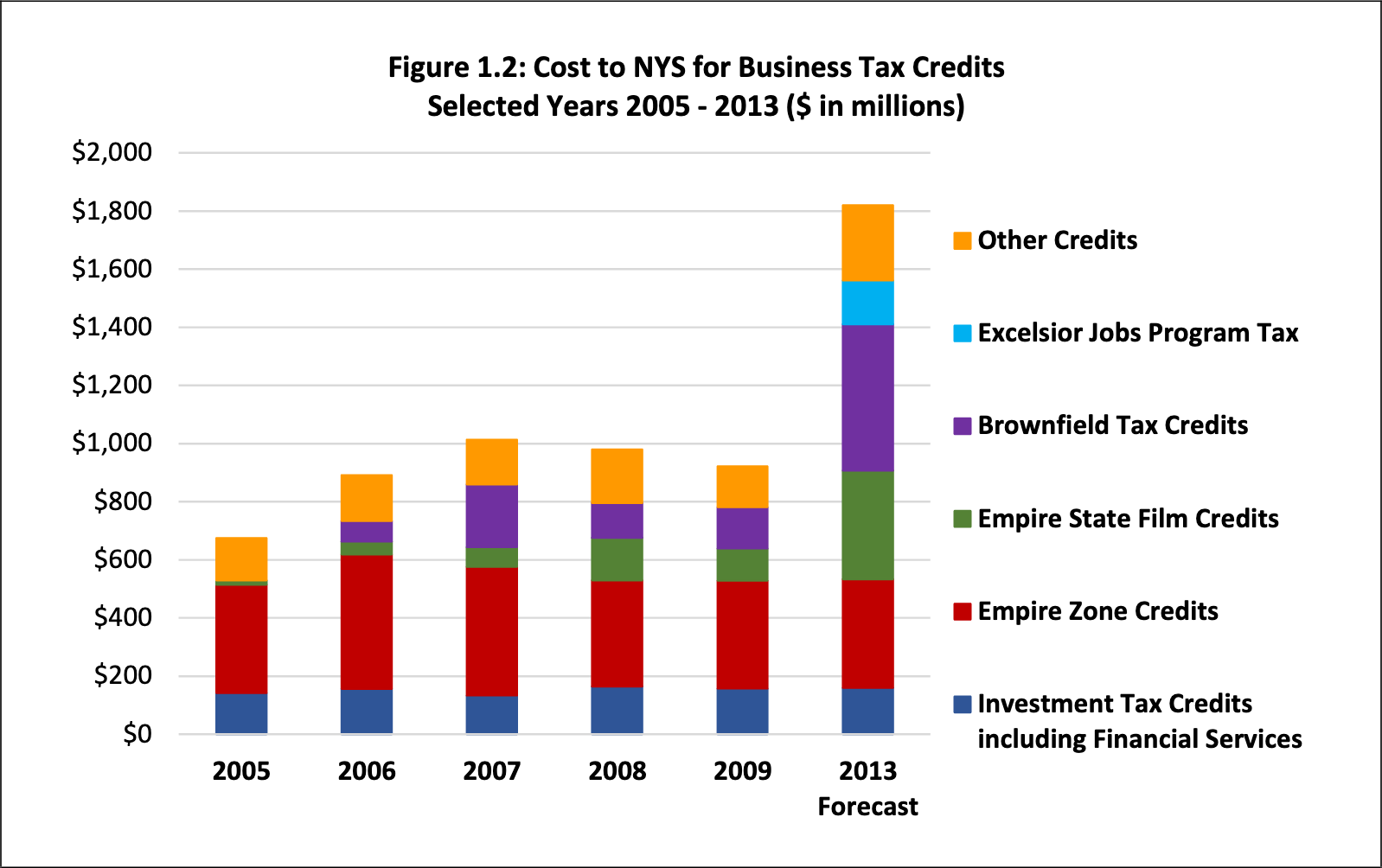 If Rubin and Boyd updated their report for 2021, the numbers would literally be off the charts.

None of the recommendations were adopted. The number of subsidies have changed too much to do a quick calculation, but in 2018 Citizens Budget Commission estimated that state tax breaks had ballooned to a cost of at least $2.54 billion per year (this does not include spending on the state’s other economic development programs, which totaled $1.8 billion).

Policymakers can disagree on whether or not the main argument of Solomon and Rubin’s letter holds up. But for their tax subsidy recommendations, there is no debate.