On the heels of yesterday’s special session, ten civic groups sent a letter to legislators today asking that they hold hearings on updating the Open Meetings Law (OML) for the 21st century.

The letter, addressed to Senator James Skoufis (Chair of Investigations and Government Operations Committee) and Assemblymember Ken Zebrowski (Chair of Government Operations Committee), pointed to the need for public input on changing OML. The end of New York’s official COVID-19 state of emergency led to abrupt changes for public officials, who temporarily had to meet in-person or provide a place at their homes for members of the public to observe open meetings.

Many of the signing groups complained that the special session changes were rushed through without public input. In their letter, the groups said that a public hearing “would provide a vital opportunity for the public, the press, and officials to weigh in on how the Open Meetings Law should be amended.”

The letter is here and below. 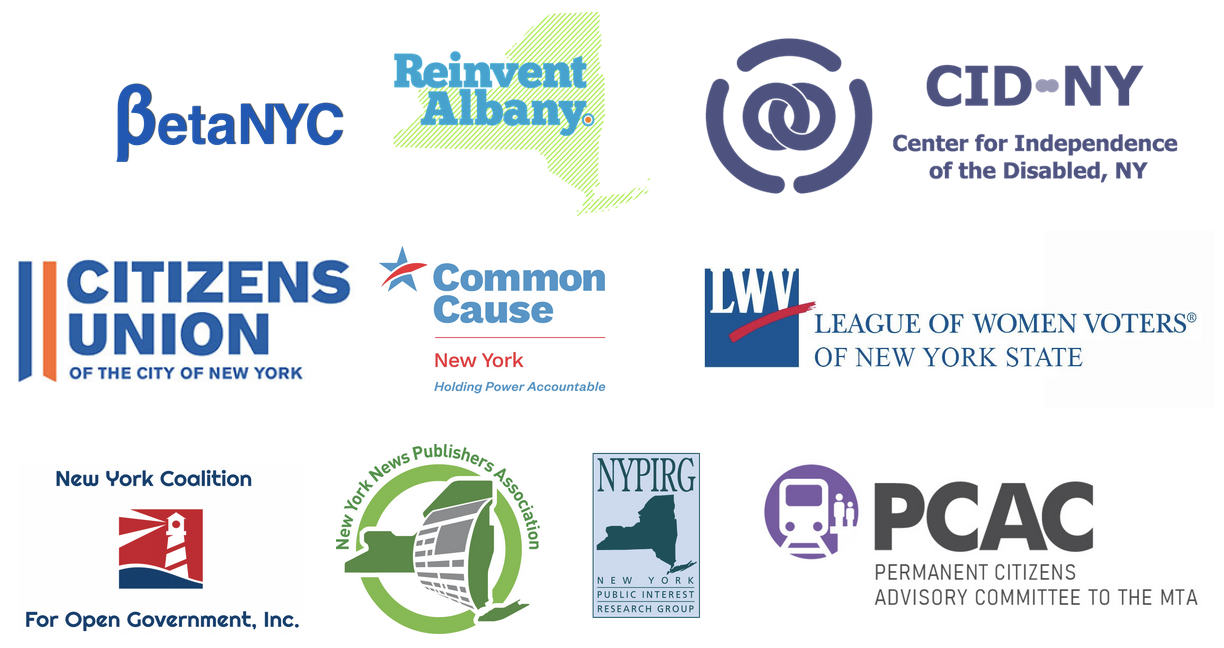 We write to request that you hold a hearing on updating the Open Meetings Law for the 21st century.

Until yesterday’s special session, public bodies were again required to hold meetings in person (this was confirmed in a July 29 Advisory Opinion from the Committee on Open Government). Many members of the public raised concerns that this requirement could endanger the lives and safety of the unvaccinated and immunocompromised given the rise of the COVID-19 Delta variant. The requirement was also inconvenient for officials participating remotely, who had to provide a place at their homes for the public to observe and/or participate in meetings.

However, we are very mindful that remote meetings have also prevented journalists and the public from being able to hold officials accountable. When everything is remote, it is considerably more difficult for reporters and the public to voice their opinions, press officials on issues, or get statements on the record.

New Yorkers should not have to choose between remote access and in-person public meetings. It’s possible to do both, and many public agencies have.

The increase in remote access to public meetings helped those with ambulatory disabilities, childcare responsibilities, and incompatible work hours. Unfortunately, many public bodies across the state returned to in-person meetings without remote access and participation for New Yorkers at home. This was a burden for those unable to make it to meeting locations, which can often be hours away. For members of Councils, Committees and Boards bound by open meetings requirements, health and other above referenced concerns were also leading to issues surrounding quorums and whether these public bodies would be able to fulfill their mandated functions.

We believe that a hearing would provide a vital opportunity for the public, the press, and officials to weigh in on how the Open Meetings Law should be amended to reflect stakeholders’ changing needs. We ask that you hold a hearing as soon as possible so that input can be provided prior to the 2022 legislative session.