Just how bad was the Hochul administration’s $637 million payment for COVID test kits from a major donor’s company? Pretty bad, the Times Union shows, in a new story detailing how the tests from the company, Digital Gadgets, end up costing NY taxpayers hundreds of millions. The Hochul administration paid far more for each of Digital Gadget’s tests but also bought far, far more from the company than cheaper competitors. Why?

Digital Gadgets’ tests cost $12.25 each compared to $5 each for the first 5 million tests the state bought from iHealth ($5 each). The second most expensive vendor was Spectrum Medical, whose tests cost $7.80 each. The state ultimately paid out 5 times more to Digital Gadgets than it did to any competitors, as this damning graph shows: 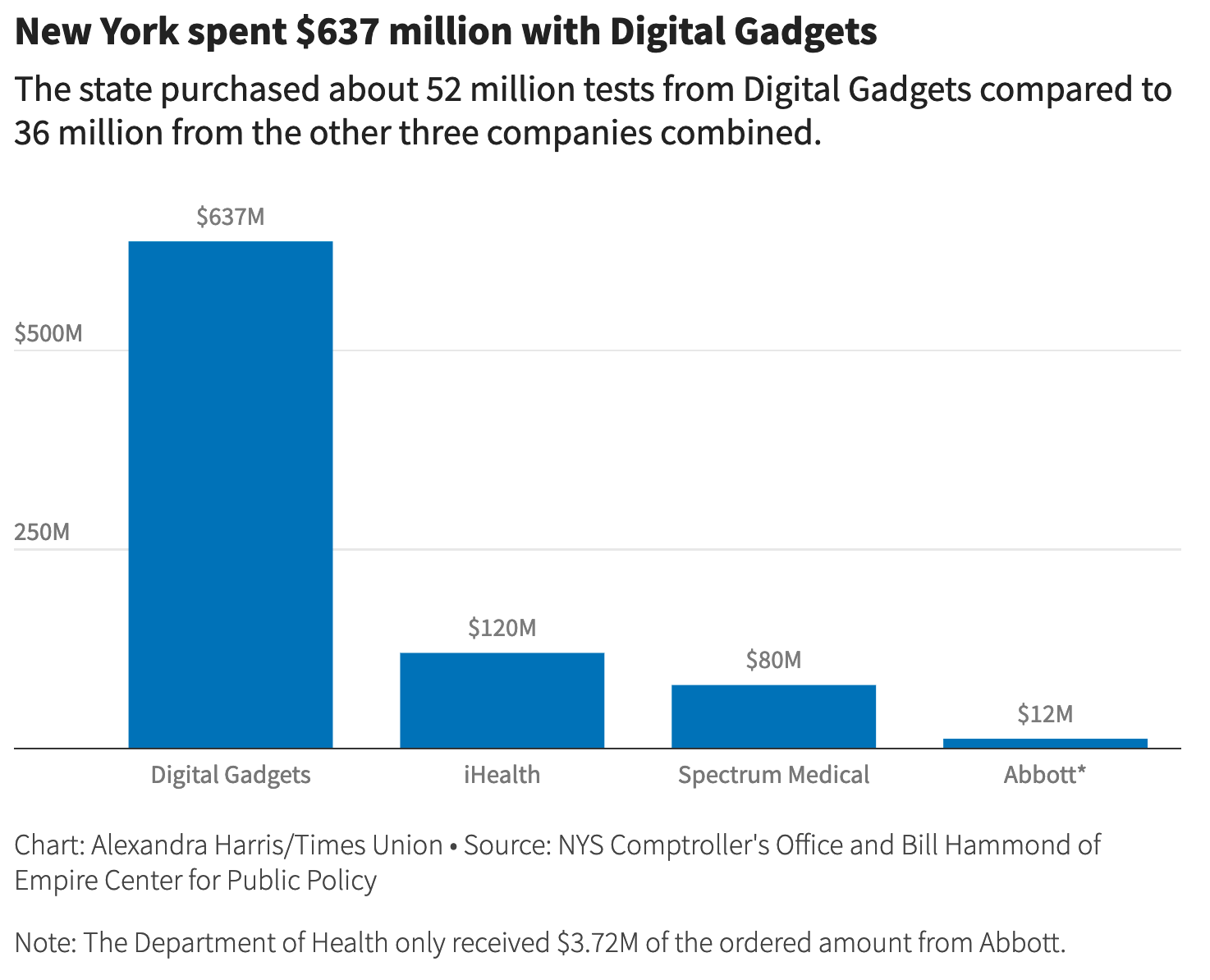 Governor Hochul claims that she and her staff didn’t know that Tebele had donated $69,700 to her campaign prior to the purchase order for the tests (though her staff have likely known of other large donations in the past), and a Department of Health spokesman claims that the rushed purchase was necessary to deal with the Omicron wave in December. But as the Empire Center’s Bill Hammond points out here and in the piece, the Hochul administration continued purchasing the tests months after the wave had subsided.

Other subsidy stories from this week:

If you got this from a friend, sign up here. Subsidy Sheet is written by Tom Speaker, Policy Analyst at Reinvent Albany, and edited by John Kaehny.

Please send questions and tips to tom [at] reinventalbany.org. We look forward to hearing from you!