1. The Office of the State Comptroller has released a new report on IDA spending, finding that the value of authority projects has increased nearly 50% since 2009 – but the number of initial jobs has declined by 42%, and the number of jobs gained has barely budged: 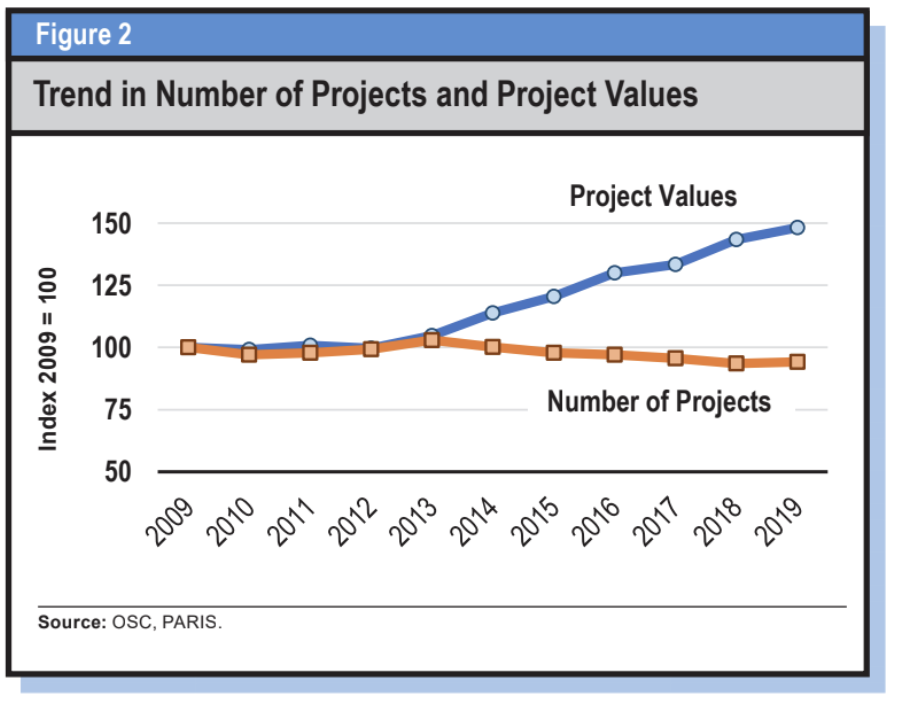 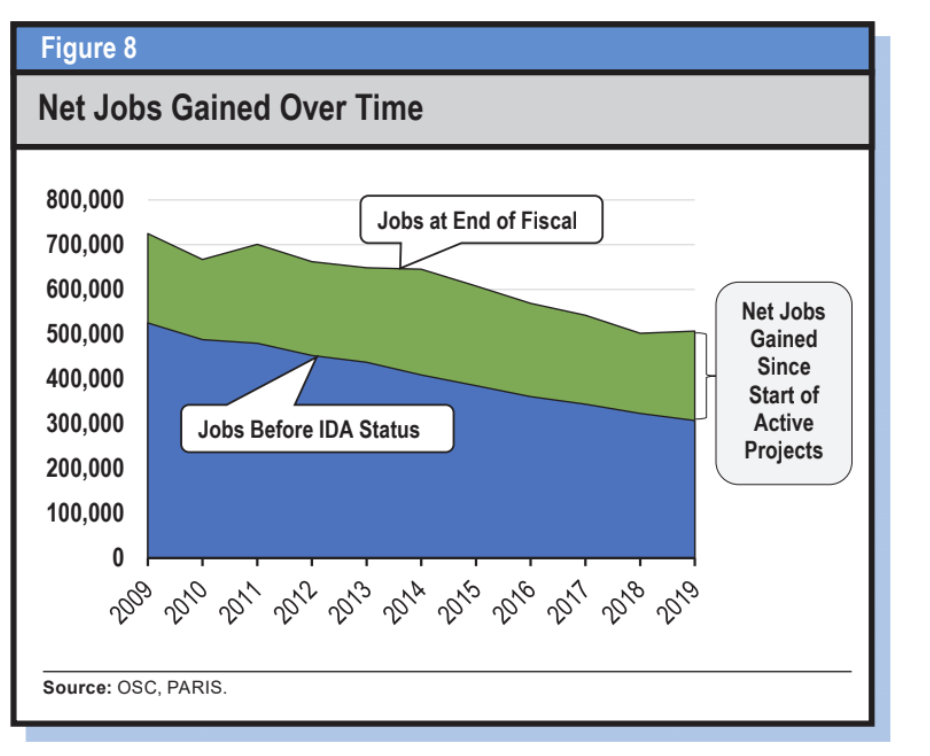 2. From the left, Avi Garelick and Andrew Schustek argue in New York Focus that NYC should abolish its Economic Development Corporation (EDC).

Pfizer, for instance, took in $46 million from the EDC in 2003 as encouragement to stay in the city. In 2010, it returned $24.7 million after slashing its workforce. This left the company with over $21 million in city benefits, even though it had eliminated more than a thousand jobs and, according to an executive, never planned to leave the city in the first place.

3. Another failed Buffalo Billion project: IBM is cutting 84 jobs from its Fountain Plaza tech hub (Buffalo News). (Note: This is from last week!)

The IBM hub was created as a $55 million Buffalo Billion economic development initiative, and debuted in 2015, with a promise to bring 500 highly skilled technology jobs to the city by November 2021 […] But it has largely failed to produce the high-paying and highly skilled jobs that were envisioned for the site.

4. Pat Garofalo inveighs against non-disclosure agreements in corporate welfare deals – but this week he’s in the New York Times! (And don’t miss Pat’s latest Boondoggle post about an alleged incentive cover-up in Oklahoma.)

States and localities spend about $95 billion annually wooing corporations with tax incentive deals, and most of the evidence shows that they receive little for it in terms of real economic benefits. The loser is the public, whose tax dollars could otherwise be spent on public services that provide something of value.

5. A new accounting rule will make tracking subsidies even more difficult, according to Good Jobs First.

The final rule, expected to be issued soon and go into effect in 2022, won’t require most companies to reveal if they’ve received tax breaks, or what they promised in exchange for them. It’s a blow to fiscal transparency and corporate accountability.